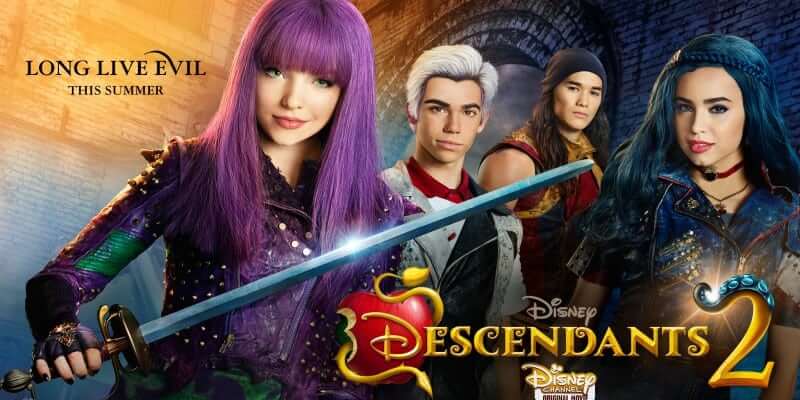 Disney Channel had a hit with its original movie “Descendants” in 2015, and now the sequel is getting a massive premiere on Friday, July 21. In an unprecedented move, the movie will air on Disney Channel, Disney XD, ABC, Lifetime, and Freeform simultaneously beginning at 8:00PM ET/PT. It will also be available On Demand and via each of those networks’ digital platforms.

The first “Descendants” movie was the top-rated TV movie of 2015 with 12.2 million viewers, making it the fifth most-watched TV movie in history. The plot revolved around Ben, the son of Belle and the Beast, who invited the exiled children of villains to attend prep school with the children of Disney heroes. The success of the movie led to tie-in products and books, including a young adult novel by Melissa de la Cruz that’s scheduled for release on May 23.