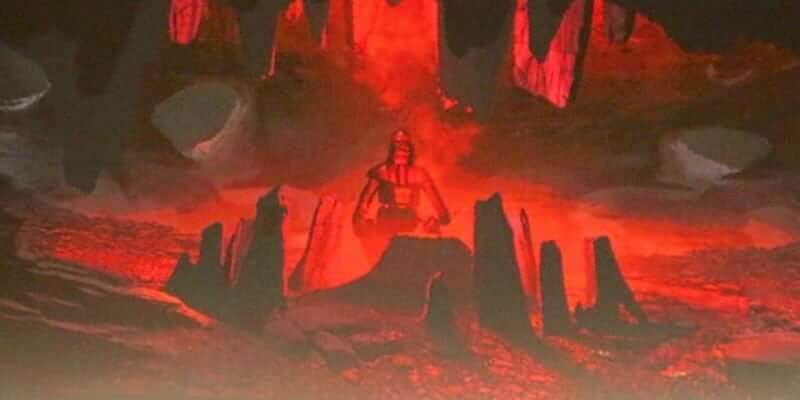 We’ve seen a lot of stunning artwork that led up to the creation of “Rogue One.”

But among the most unique ideas that came from early concept art for the “Star Wars” story was in the development of Darth Vader’s castle on the volcanic planet of Mustafar. During a panel at Star Wars Celebration 2017 featuring Visual Effects Supervisor John Knoll and Production Designer Doug Chiang, a unique element of that castle was shown.

While deciding what amenities the Dark Lord’s castle would feature, the filmmakers thought perhaps Vader would need to freshen up in a spa-like pool of bacta – the healing substance that helps keep him alive. It’s kind of an amusing visual to think about – Darth Vader stripped of his menacing suit, just swimming away in a gooey pool.

Fortunately, other artwork pushed them closer to the direction they ultimately took: Comments Off on Darth Vader’s Mustafar castle almost had a spa pool, “Rogue One” designers show at Star Wars Celebration 2017