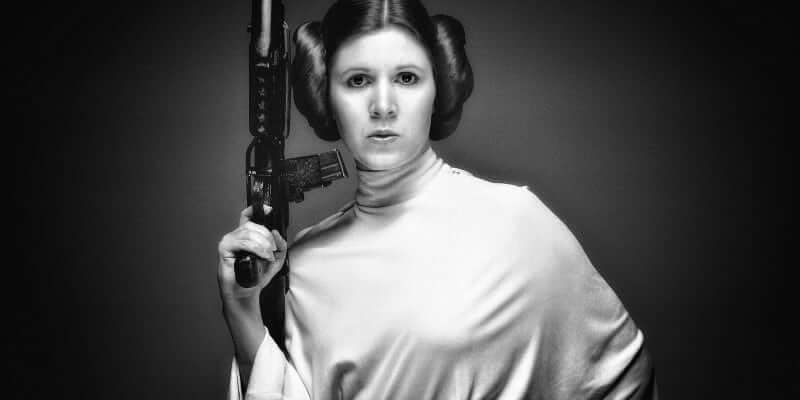 Princess Leia may not have been coronated as a Disney princess yet, but she is possibly going to receive an even better title — Disney Legend. It has been announced that the late Carrie Fisher will be inducted this year into the fold of Disney Legends. Bob Iger will be doing the honors in a ceremony at the D23 Expo convention on July 14.

Along with Fisher, Mark Hamill (Fisher’s “Star Wars” sibling), Marvel Creator Stan Lee and the goddess of media, Oprah Winfrey, will be inducted and given the greatest honor that Disney bestows upon artists that have made their mark on The Walt Disney Company. Each one will be given a bronze statue and have their handprints preserved and on display in Burbank at Walt Disney Studios.

Fisher is best known for her role as Princess Leia in the “Star Wars” saga, but she also appeared in a couple films produced by Dimension Films, a former Disney subsidiary. Hamill also starred in a number of the “Star Wars” films, but he also has touched Disney directly and indirectly throughout his career, starting off with his role in ABC’s “General Hospital” and including voiceover work in “Jake and the Never Land Pirates,” “Miles From Tomorrowland,” and “Milo Murphy’s Law.”

Since Marvel was purchased by Disney, it isn’t hard to make the connection between Lee and The Walt Disney Company. In addition to co-creating countless comic book heroes that now feature in many of Disney’s films, he, himself, has made cameos in those films as well as one in “The Princess Diaries 2: Royal Engagement.” Whereas Winfrey’s primary ties with Disney have been in her ABC TV productions like “The Women of Brewster Place” and “Tuesdays With Morrie.” She is also set to co-star in Disney’s upcoming film, “A Wrinkle in Time.”

Disney announced even more nominees beyond these four American icons for this year’s ceremony:

The D23 Expo will be held in Anaheim, California this year mid-July. For tickets, click HERE.