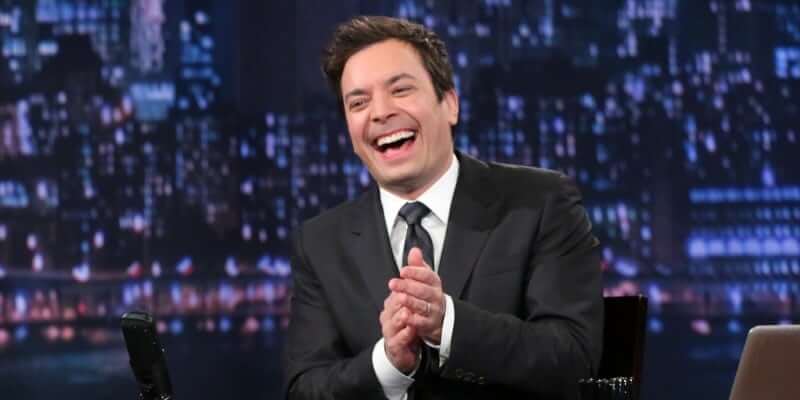 If you scored tickets to any of “The Tonight Show” tapings in Orlando this week, count yourself lucky. With the officially opening of Jimmy Fallon’s attraction not happening until Thursday, there are still a few more tapings to attend before “The Tonight Show” packs it up and heads back to New York.

If you’ll be attending any of them, we thought you’d might want to hear some of these tips so that you can avoid any potential bumps that might ruin the experience. Some of them are merely for your comfort. Others mean the difference between actually watching or being shut out. All of them are helpful and will make the experience a much smoother one. When I arrived for my scheduled check-in time at the Blue Man Group Courtyard, I was right on the button. I thought this would mean I’d be among the first in line, especially because I was only queueing for a monologue rehearsal and not a full show. Not only was I wrong, but I was far enough back that the Universal staff briefly questioned whether my section of the line would be let in. People behind me were being told that they should have arrived much earlier. As it turned out, I was finally let in; however, I will tell you right now that I was among the last people given entrance into that rehearsal.

There is another advantage to arriving early. They seat you in a “first come, first serve” order.” The early bird does get the worm in this case with the people that wait in line the longest getting seats closer to the stage. The other extreme is that if you are late, you may not be getting in at all because once they close the doors to the set, they won’t open up again even if there are seats available.

In my mind, I figured that I would dress it up a little. After all, I was going to be on a television set even if I wasn’t going to be on camera. Seemed like putting in the effort was a good idea, so I put on my cutest platform wedges along with a long-sleeved button-up and headed out. More than 105 minutes later when I was standing in line with major blisters on my feet and sweat everywhere, I was ready to concede that I had miscalculated some things here. There is an appropriate dress code for attending these tapings, but I think I overshot.

As I looked down the line at the number of cute sundresses, loose blouses and flats, I saw much happier girls than myself, and the men in loose, comfortable clothing were equally content. They all seemed to grasp that ratty clothing and beachwear were not necessarily the order for the day, but they also judged better than I in their choice of apparel. There is a need for shoewear that enables standing for hours and clothing that can roll with the tropical climate of Florida.

3. BRING SNACKS AND DRINKS FOR THE LINE

We’ve already mentioned that you’ll be in line for quite some time. It’s helpful to have something to munch on, especially if you haven’t eaten recently. Likewise, drinks to stay hydrated are not a bad idea either.

I noted one couple in line that had made a stop at the Bread Box on CityWalk and brought their meals with them to nibble on while they waited. Since I had not had a chance to grab lunch before queueing, I realized my folly here. Before we cry over this sad tale, though, I should tell you that folk in line aren’t entirely without options. Drinks are available to buy while you wait, so if the fizzy carbonation of a soda can tide you over, you are good to go.

There is one caveat to all this, and that is the food and drink must be consumed before entering the set. Nothing is allowed inside those doors except for water, so if it’s not in your stomach, it’s going in the trash. Plan accordingly.

4. PLAN FOR THE POTTY

This one is fairly important. Go to the bathroom before you enter the set. If you don’t and you find yourself needing to make an early exit, that will be all of the show that you see. “The Tonight Show” crew is very serious about this. Once you are out, you are out. There is no re-entry and no exceptions, so make sure you take preventative measures and empty that bladder ahead of time. We all understand that when you gotta go, you gotta go, but if you gotta go during the show, you ain’t coming back. 5. PUT THE PHONE AWAY

Right before the doors to the set are opened, you are going to be told to shut your phone off and put it away. It’s not a suggestion. Photos and video aren’t allowed once you reach the backstage portion of the queue, but once you are on the set, phones aren’t even allowed out in the open. It doesn’t matter if the phone is on or not, it can’t be seen or heard.

These people aren’t playing from what I understand. While I was in line, there was talk about a guest in the previous taping who simply had his phone visible before the show’s start. He was escorted out immediately. No ifs, ands, or buts. Yikes!

After I mentioned my sweat from standing outside for so long, this one may come as a surprise. The truth is, though, once you are inside the building, it is nippy. This is somewhat common for a television set since the air conditioning has to counteract the heat being put off by bright lights and operating equipment. The result is a chilly theater. Come prepared, and bring an extra layer.

Some of this may seem like common sense, but for the first time live audience participant, it isn’t necessarily so. Having some knowledge under your belt before making your way to the Fallon party can help you avoid some potentially serious pitfalls.

If any of you have more tips to give, we’d love to hear them. Leave a comment below and let us know what your tips are for the best experience of a live taping.