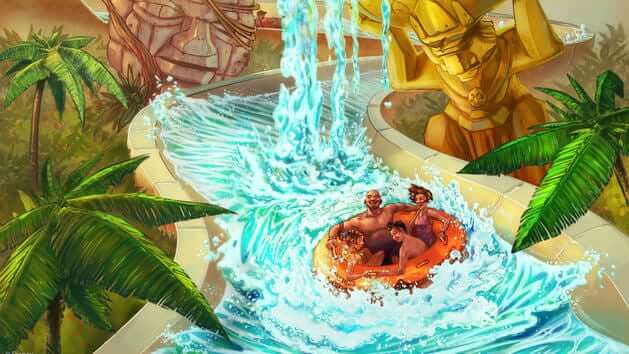 Disney also gave fans a sneak peek at part of the ride’s theming– namely Captain Mary Oceaneer’s dive bell, one of the item’s collected by the characters journeys around the world, described as “one of the precious treasures you will spot from your four-person raft, as you twist and turn on this fun-filled white-water experience.” Be sure to visit Typhoon Lagoon’s official website for more information and advance ticketing resources, and we’ll see you at Miss Adventure Falls on March 12th!