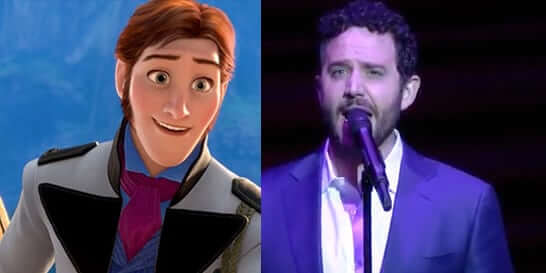 Yesterday at the Broadway Backwards 2017 event, Tony nominee Santino Fontana sang Elsa’s anthem “Let It Go” from Disney’s “Frozen.” Fontana was the voice of Hans in the hit animated film.