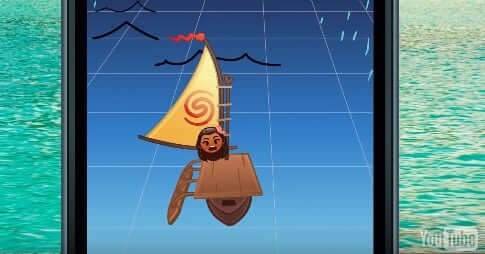 Disney’s latest hit animated feature “Moana” has arrived on home video, and in celebration the official Disney YouTube channel has put together another fun retelling of the movie’s story via Emoji.

Disney has released a number of these videos before, and they’re always surprisingly clever. The “Moana” entry is no exception, with dozens of fun in-jokes and a delightfully tongue-in-cheek take on the Oscar-nominated film.