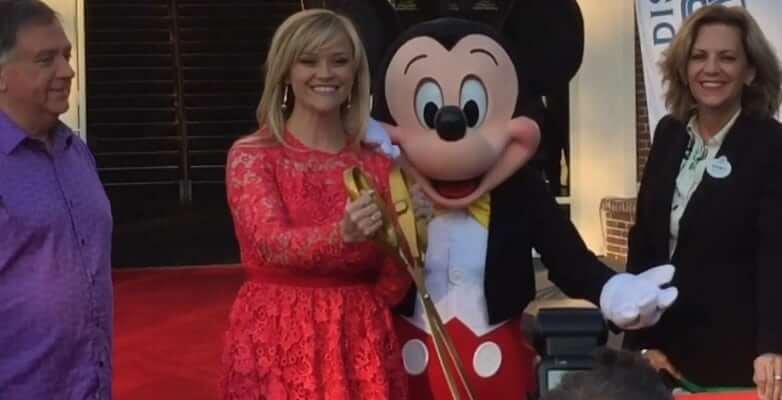 Reese Witherspoon made an appearance today at Walt Disney World’s Planet Hollywood Observatory. The A-list actress was called in to lead the official ribbon-cutting ceremony, celebrating the restaurant’s reimagined makeover for Disney Springs, alongside none other than Mickey Mouse.

Witherspoon was all smiles and giggles as she took her spot next to “The Big Cheese.” After a few words expressing her excitement about the invitation to join the restaurant’s big event, she snipped the ceremonial ribbon with large gold scissors and retreated into the restaurant to host a cocktail reception for family and friends on the outdoor terrace that overlooks Disney Springs.

Planet Hollywood Observatory is a restaurant dedicated to the entertainment industry and invites guests to “dine among the stars.” It is located on the West Side of Disney Springs and has been fitted with a new outdoor terrace and bar. Take a look at how this classic restaurant has been transformed into a rather sophisticated dining option at Disney’s shopping district.