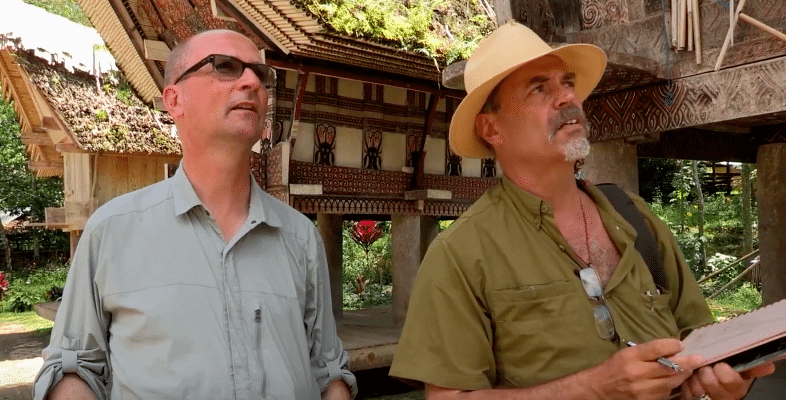 Disney Parks has released a video in which Joe Rhode answers a question that many fans have asked, “What does a land about ‘Avatar’ have to do with Animal Kingdom?” The answers are straightforward and insightful.

Along with Rhode’s commentary, viewers get to see new glimpses inside Animal Kingdom‘s newest addition. Architecture, foliage and even a bit of the textile industry.

Something of particular interest in the video is a brief shot that appears to be concept art for Pandora. The drawing shows something that looks like a research lab, and with the “ropes” in the picture, we may have just gotten a new look at one of the queues for Pandora’s attractions (I’m betting on Avatar Flight of Passage).