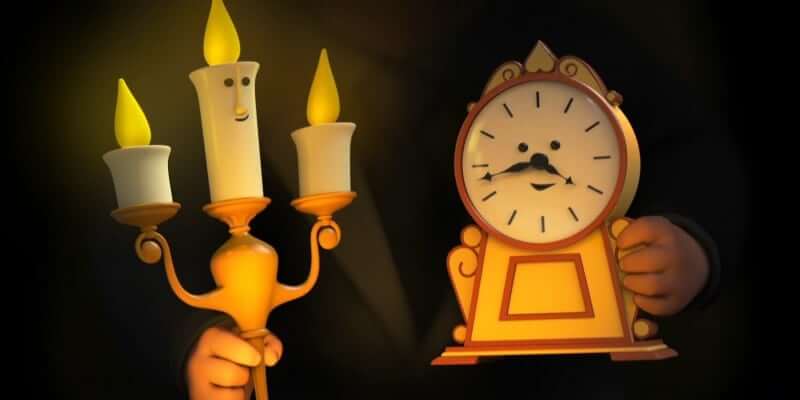 Friendly rivalries between major Hollywood animation companies can be entertaining for everyone involved, but especially for the audience. This past weekend for the premiere of Disney’s new live-action reimagining of “Beauty and the Beast”, DreamWorks Animation cooked up a special trailer for its own upcoming animated feature “The Boss Baby” starring the voice of Alec Baldwin.

You might recognize a certain anthropomorphic candelabra and clock, as the Boss Baby himself makes the two characters fight before congratulating the audience on being “shrewd” and inviting them to his his own film, which is coming out in just two short weeks.

It’s worth noting that DreamWorks was co-founded by Jeffrey Katzenberg (the K in “SKG”), who was the chairman of Walt Disney Studios from 1984 through 1994– a decade which saw the release of the company’s original “Beauty and the Beast” movie, among many other successes.

“The Boss Baby” (apparently geared toward little kids who love references to “Glengarry Glen Ross”) will be released into theaters nationwide on Friday, March 31st from DreamWorks Animation.

Comments Off on VIDEO: Lumiere and Cogsworth from “Beauty and the Beast” get the “Boss Baby” treatment in new trailer