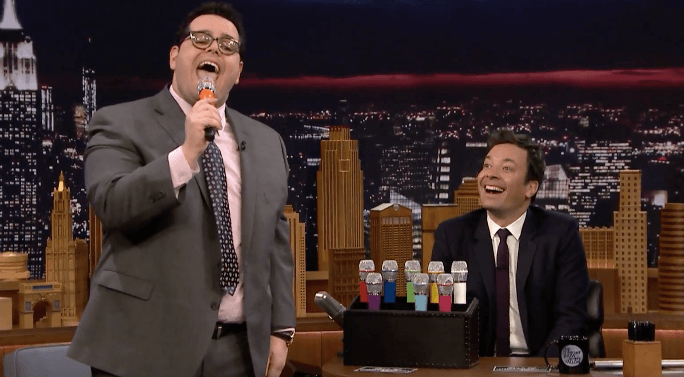 Two names very popular in the theme park / entertainment world these days came together last night for a hilarious moment on television.

On last night’s “The Tonight Show,” Jimmy Fallon and Josh Gad took to the microphone for a Disney song challenge. In the game, both Fallon and Gad had to sing popular Disney songs using special effect microphones that changed their vocals in some rather amusing ways.

It’s a bit of a mash-up of Disney and Universal Studios as Josh Gad stars in the live-action “Beauty and the Beast” film due out this Friday while Jimmy Fallon is starring in his own new ride at Universal Orlando.