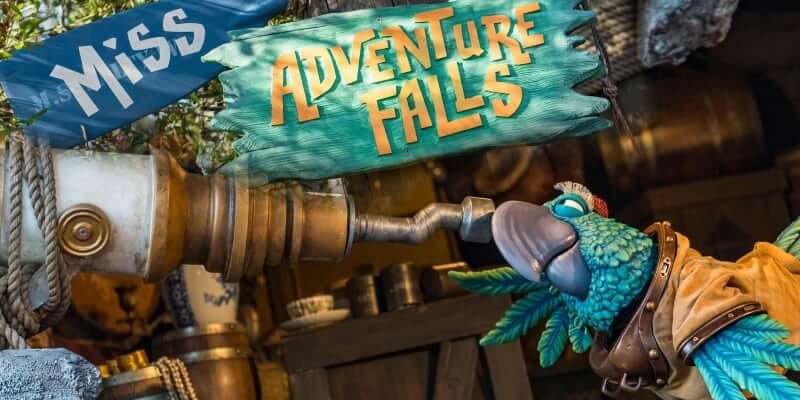 The newest addition to Disney’s Typhoon Lagoon water park is now sending guests of all ages on a white-water adventure.

Take a ride on Miss Adventure Falls in the video below.

Miss Adventure Falls tells the story of Captain Mary Oceaneer, a treasure-hunting heroine who got stranded with her pet parrot at Typhoon Lagoon years ago by a rogue storm. Guests ascend a slide on their “treasure rafts,” passing by Mary’s wrecked ship where her parrot is talking alongside their treasures (via an Audio-Animatronics figure). The ride has plenty of twists, turns and dips passing by the remnants of the Captain’s many treasure hunts around the world.