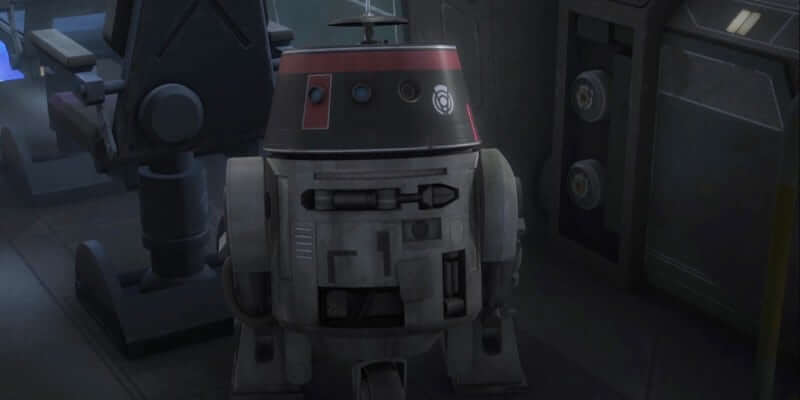 “Star Wars Rebels” is having a stellar third season, probably it’s best yet. Unfortunately that season eventually has to come to an end.

With only three episodes left to go, Star Wars fans are anxiously awaiting resolutions to a number of season-long arcs for the series, including a sure-to-be-climactic confrontation between Darth Maul and Obi-Wan Kenobi. In the meantime, this week’s new episode will focus on the central droids of the show’s rebel team: AP-7 and Chopper.

In the official preview of “Double Agent Droid” below, see how the crew of the Ghost reacts when Chopper begins to act suspiciously. Comments Off on VIDEO: Chopper acts suspiciously in preview of “Star Wars Rebels” next episode