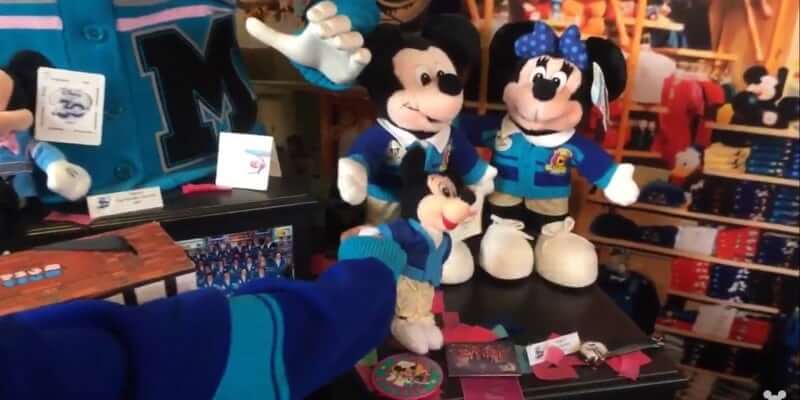 The world’s first Disney Store opened in Southern California’s Glendale Galleria on March 28th, 1987, which means that tomorrow is the 30th Anniversary of the Disney Store chain, now encapsulating almost four hundred locations across the globe.

In celebration of this momentous occasion, the official Oh My Disney YouTube page held a live-stream event looking back at merchandise offered at the Disney Store from throughout the past three decades.

In commemoration of the 30th anniversary the Disney Store will be offering an exclusive series of thirty pins, a special anniversary Tsum Tsum set and other commemorative merchandise to help fans celebrate with their favorite Disney characters and franchises!

In addition to releasing a product line of limited edition merchandise, Disney Store has also decided to celebrate in a way that is reminiscent of the parks it represents with special events and activities. Every day until April 2 the youngest guests of the store will be treated to their very own 3 o’ clock parade as well as some fun stories about the store’s history.

Be sure to visit the official Disney Store website for more information.

Comments Off on VIDEO: Celebrate the 30th anniversary of the Disney Store with a look back at three decades of Mickey merchandise