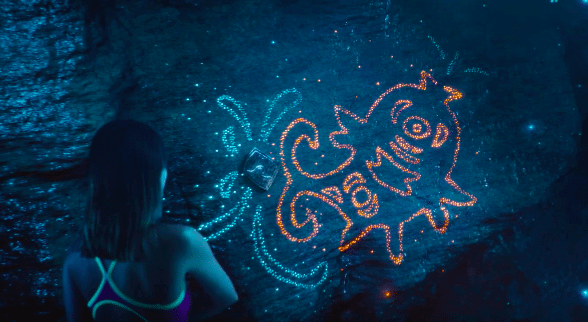 Universal Orlando has finally released the backstory behind its new water theme park, Volcano Bay, that will open on May 25, 2017.

The story tells of a people, the Waturi Islanders, that discover a mystical land with the help of a magical fish.

The creative team that brought this story to life in an immersive water world traveled to places in the South Pacific for their inspiration and then instilled this passion into the park in great detail. The new park will be Universal Orlando’s third theme park. It will offer guests a selection of attractions that range from thrilling to relaxing, like peaceful rivers, twisting raft rides and slick body slides that drop you into deep waters. It promises an experience never found in a water park before. From the looks of the concept art and the care taken to develop a rich lore behind it all, it doesn’t appear that Universal Creative is bluffing.