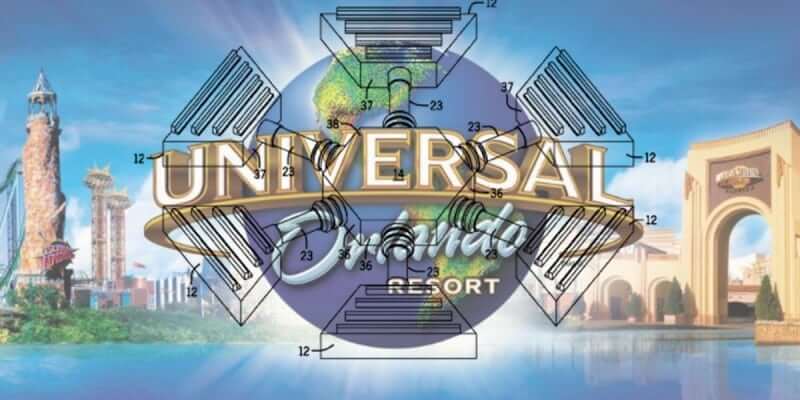 Universal Studios was recently granted a patent for a new “moving puzzle” theater space. Each part of the seating unit can be configured into a new shape, all while the show is happening around guests inside – without them even knowing it’s happening. Individual theater “rooms” can move inward and outward, sideways, and even vertically to stack on top of one another. Without realizing how the theater is moving, this could offer quite the shocking (dare we say magical?) reveal for “passengers” when they step outside their room to find the world around them completely altered. It’s not clear yet just what Universal plans to do with this new theater space concept, but it’s rumored that the Dragon Challenge rollercoaster in The Wizarding World of Harry Potter is going to be replaced by… something.

According to the Orlando Business Journal, a second patent was also recently granted for something called the “vehicle transportation room.” This would include a launch room with possible elements such as animatronic figures, fog, and strobe lights. One of the patent images shows a figure in front of a fireplace, which then magically opens to make way for the vehicle. Could this be an entrance into Harry Potter’s Floo Network? With the popularity of the Harry Potter and Fantastic Beasts franchises, it seems likely that Universal will be adding some fun new Harry Potter-related attractions – that could also use the moving puzzle theater.

Of course, it could be tech for something entirely different. Either way, if this theater is ever built, it looks like it will be part of quite the innovative new attraction.

Hat tip to Behind the Thrills for first picking up on the puzzle theater patent.