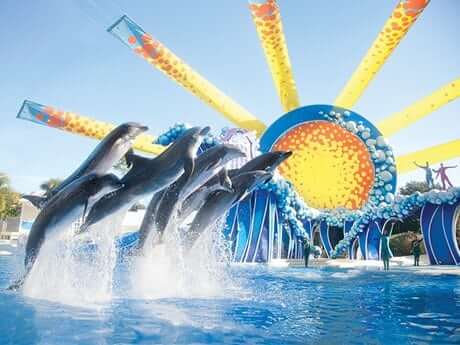 Announced today, a new show called Dolphin Days is set to replace the long-running Blue Horizons show (pictured above) at SeaWorld Orlando. Dolphin Days will debut on Saturday, April 1 in the Dolphin Theater.

In the new show, audiences will learn about individual personalities of Atlantic bottlenose dolphins. The show will also include macaws and other tropical birds overhead.

During each show, one young volunteer will be selected from the audience to learn firsthand from the training team in an up-close encounter with one of the dolphins and a green-winged macaw.