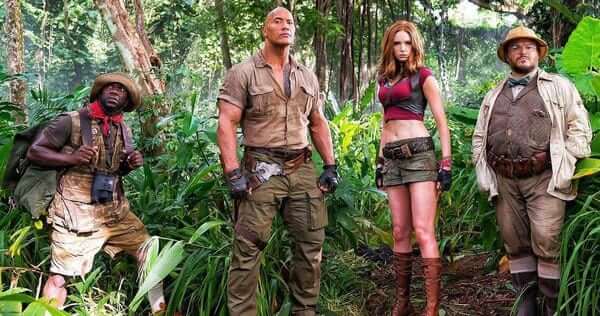 The upcoming film Jumanji: Welcome to the Jungle, starring Kevin Hart, Jack Black, Karen Gillan, Dwayne Johnson, and Nick Jonas, was previewed at Sony’s CinemaCon on Monday. The sneak peek confirmed the long-running rumor that the new movie is about a magical video game.

Released in 1995 and starring Robin Williams, the original Jumanji movie was about a magical board game. The update to a video game isn’t a huge difference, but one that will probably make the film more appealing to younger audiences. The plot of the new film revolves around a group of high school students who discover an old video game and are transported into the bodies of the characters. You can dive into the modern version of Jumanji in theaters on December 22, 2017.