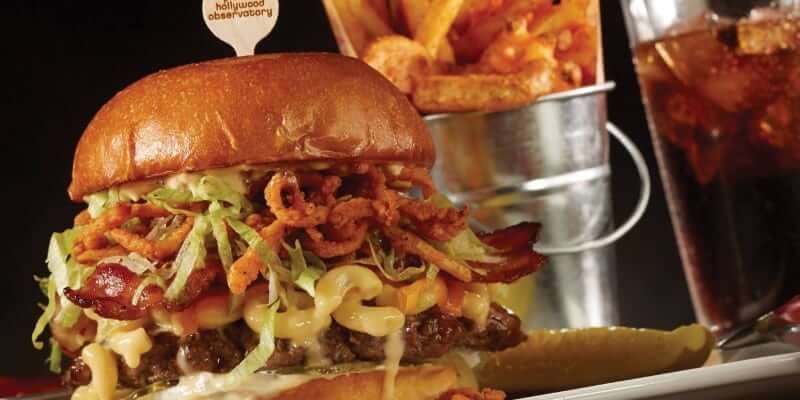 It is being reported that Planet Hollywood Observatory in Disney Springs has gotten the green light to build an outdoor, quick-service counter at the newly revamped establishment. This is the most recent news in an on-going push to bring a greater amount of traffic to the family friendly restaurant.

Robert Earl, Planet Hollywood founder, feels that the PH outdoor offshoot would be a boon for business. He said, “We’ve got the best location in the district right next to the movie theater and the car park.” He wouldn’t be wrong. It’s not hard to see how a convenient counter could get a lot of attention as hungry movie-goers search for a quick grab after a long film.

The famous dining franchise has been ramping up its appeal to guests since it recently re-opened its doors. It began with the menu, partnering with celebrity chef Guy Fieri to create an over-the-top menu that mirrors the extravagant lifestyles of Hollywood society.

Planet Hollywood Observatory has also stated that it plans to bring more celebrities through its doors just as it did when it was first created. This is already in the works with an appearance by Britney Spears earlier this week and another appearance of Reese Witherspoon scheduled tonight.