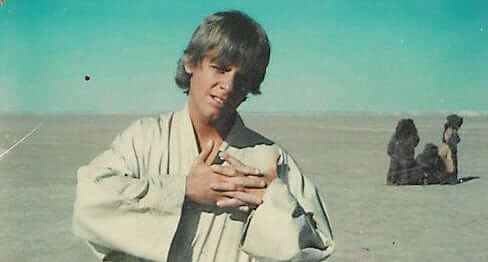 Star Wars fans are always eager to learn more about the behind-the-scenes machinations of the process that brought their favorite movies to life. That’s why it’s so cool when a new piece of the backstage puzzle gets revealed, especially when it’s part of the making of the early films in the series.

Over the weekend Mark Hamill, the actor who played Luke Skywalker in Episodes IV-VII (and will reprise his role in the upcoming Episode VIII, “Star Wars: The Last Jedi”), posted an image to his official Twitter account, which he claimed might be the “very first Luke pic.”

Now, I could definitely be wrong, but my assumption always was that the first photos of Mark in the Luke costume would have come from the famous Star Wars costume test photo sessions before production actually began. However, it’s entirely possible that Hamill meant his tweet contained the first photo of Luke on set, which would make perfect sense.