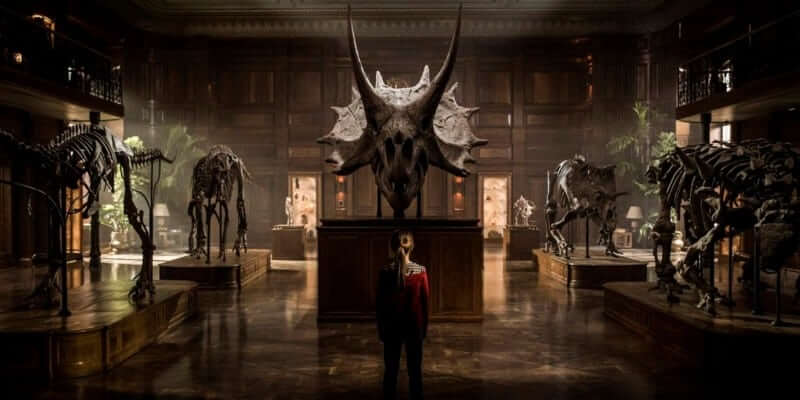 Universal Pictures’ 2015 movie “Jurassic World” is the fourth highest-grossing movie of all time (without adjusting for inflation), so it was a no-brainer that the “Jurassic Park” sequel/reboot would inspire further entries in the series sooner rather than later.

Well, “Jurassic World 2” is heading your way in the summer of 2018, and the film’s production is already underway. Today producer Frank Marshall (best known for working with Steven Spielberg on the “Back to the Future” and “Indiana Jones” movies) posted the first photo from the set on his official Twitter account. Check it out!

The photo looks to be of a young girl, perhaps a new central character, standing in the middle of a dinosaur museum of some kind. Could this scene take place near the beginning of the film, before the inevitable journey to Isla Nublar? Or is this museum in the park itself? We’ll have to wait until the movie hit theaters to find out.

“Jurassic World 2” is currently scheduled to be released nationwide on June 22, 2018.