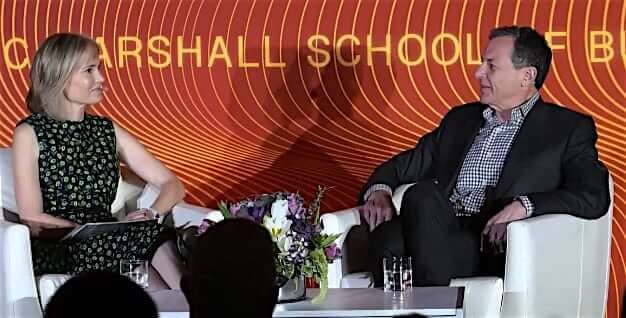 Disney CEO Bob Iger appeared at the USC Marshall School of Business today to be interviewed in front of an audience by his wife Willow Bay, who is Director of the School of Journalism there.

The interview, which covered many topics across The Walt Disney Company, including Shanghai Disneyland. As Iger praised the Tron roller coaster for its visceral thrills, he quickly made note of how Disney purposefully builds real-life experiences, rather than virtual ones.

“I’ve exhorted our team not to create VR experiences at the parks,” said Iger. He emphasized the importance of the reality of the world around guests, but talked up Disney’s ability to heighten that reality.

“Augmented yes, but virtual – no,” he concluded.