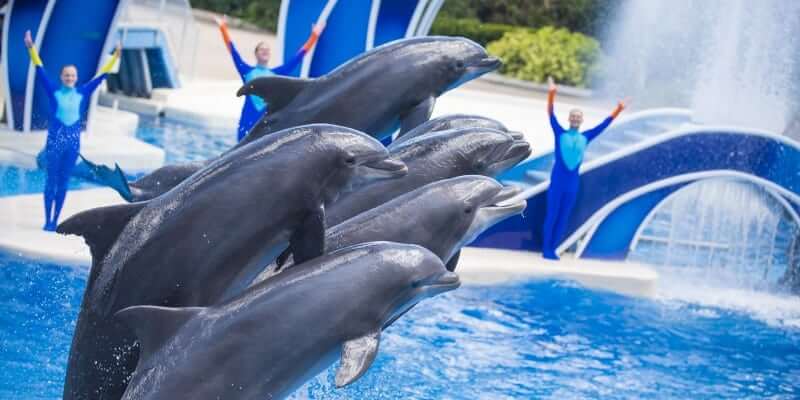 The focus of the new show is the relationship between the dolphins and their trainers.

During the show, dolphins show off their top skills, such as agility and speed. The dolphins perform to an upbeat soundtrack with a Caribbean feel, and the former “Blue Horizons” set has received a few updates for the new show. SeaWorld has been producing more shows with a focus on environmentalism and education. The killer-whale shows are also scheduled for an update.

“Jungle Jack” Hanna, animal expert, author, television personality and lifelong adventurer returns to the park this weekend as well. Jack will share animal facts and his travel tales during captivating and interactive presentations inside the Nautilus Theater, along with several animal species he has never brought to SeaWorld before.

Throughout the weekend, the park will have several opportunities for guests to personally interact with Jack Hanna, including meet-and-greets, autograph signings, and exclusive dining packages. (Space is limited; guests are encouraged to visit SeaWorldOrlando.com to book reserved seating and dining experiences in advance.)

“Dolphin Days” will be performed between 10am and 4:30pm on Saturday. For SeaWorld fans on the other coast, the show is also currently running in San Diego.

Daily show times for Dolphin Days will be available at SeaWorldOrlando.com and on the SeaWorld Parks app.