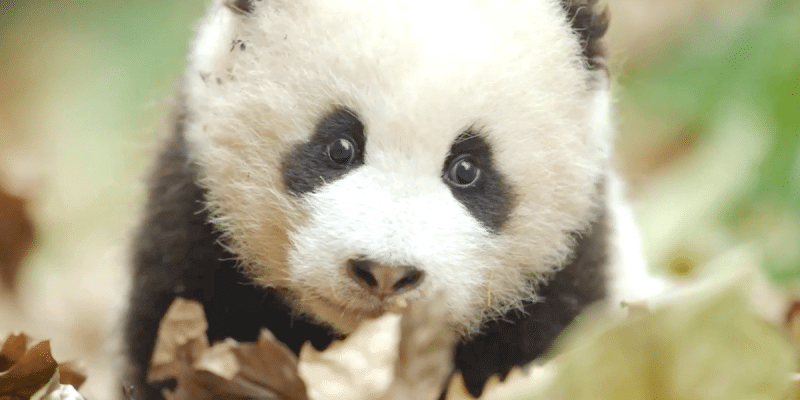 DisneyNature’s latest feature “Born in China”, which centers around the families of three native species (snow leopards, pandas, and golden snub-nosed monkeys), has already played to great acclaim and box-office success in China, and will open for U.S. audiences next month.

This week I had the fascinating opportunity to sit down with the movie’s producer Roy Conli and discuss how the production crew got the film’s amazing nature footage, and why the project is so important. ITM: First, can you give us a brief history of your time with Disney and how you were brough on board the “Born in China” project?

Roy Conli: I joined Disney in 1993 and co-produced “Hunchback of Notre Dame”, and went over to Paris to run the Paris studio in 1995, where we completed portions of “Hunchback”. I worked on “Hercules” and “Tarzan” over there, and then came back in 1998 to work on “Treasure Planet”. That released in 2002. Then [I] worked on a film called “Tangled”, and then afterwards a film called “Big Hero 6”, which came out in 2014 which has been a lot of fun for me, as I won a big award.

I’m still working with Disney animation, but I was lucky enough coming out of “Big Hero 6”, they asked me if I’d be interested in working with a DisneyNature project, and it’s something I’d never done before. And it intrigued me because, one: I love animals, and two: there was an amazing director [attached to the project] by the name of Lu Chuan, who’s probably one of the strongest directors in China right now. And once I saw his work I was in feet first, because he’s just a great storyteller and I could tell that there was a spirit within his storytelling that I would really relate with. ITM: What are the major differences between working on a nature documentary and an animated feature?

Conli: It’s interesting, because in one way we think of these not as documentaries, but as true life adventures. So these are more narrative than a documentary in a sense. At the same time, we kind of film within the rules of documentary, so we make sure that we don’t interfere in any way, in terms of what we’re seeing. The true heroes of these films are the cinematographers, who go into some of the most remote places on this planet and film these phenomenal creatures. With an animated film, we start with whole cloth. We start with a script and we board it out, and then we screen it, and then we resctructure it and board it out [again], and rewrite until you finally end up with the final image. With [DisneyNature films], you begin with the final image.

But you also begin with these amazing journals from the cinematographers who are out in the field. Lu Chuan, the director, was out in the field but he can’t be every place all the time, because literally we had five different teams working simultaneously. So we depend on the journals of these incredible cinematographers to help shape that story. So in a weird way you start with a final image and work backwards. With animation, you start with an idea and work forward. But somewhere we meet in the middle, and if it works you have a very engaging educational, inspiring, and entertaining experience. That, I think, is the mandate: to inspire and entertain. ITM: What is a producer’s day-to-day role in working on a DisneyNature film?

Conli: For me, it was interesting because I did not go to every location. Because, for one reason, to get to where the snow leopards shoot, it’s at sixteen thousand feet above sea level. It took ten days from Beijing to get there, because you had to climatize. Amazingly tough location. But my day-to-day was to coordinate the efforts of essentially three continents. Los Angeles is where I’m based, my director is based in Beijing, and the core production cinematography team was based out of Bristol, England.

England is eight hours ahead of us, and technically Beijing then is sixteen or seventeen hours ahead of us, but it’s [also] nine hours behind us. So in the morning I could talk with Bristol, because it would be 6:00 at night [there], and at night I could talk with Beijing. And so if we ever wanted to talk all together, we would have to talk at about 2:00 in the morning my time. But fortunately with e-mail and phone voicemail, we didn’t have to do that too many times. ITM: How does DisneyNature decide what the next project is going to be? Is that a decision that gets made before the producer is brought on board?

Conli: Yeah, in this particular case it was. We work with several co-production teams and they present ideas. And in this particular case, DisneyNature has pretty much been on every continent, but we had never really explored China. And China is, I think, a mystery to a lot of people. There’s not a lot of tourism there. But particularly, there’s not a lot of tourism deep into the country. The majority of the population of China all live on the coast. And one of the things I learned as I started working there [is that] they often talk about the steps of China. You have the Qinghai Plateau, which is one of the highest places on this planet, the highest plateau in the world. Then you move down and you get into the mountain regions in the Sichuan area. And then you move down into the coastal plains, where you have your big cities [like] Shanghai and Hangzhou.

This [movie takes place] in the mountains and in the plateau. We were actually the first film crew in to get the snow leopards, and we were the first film crew ever to actually film cubs. We have now more footage than anyone, in terms of the snow leopard population. And then the chiru, which are also up on the high plateau, we were the first westerners, actually, to get into the reserve and be able to film [them]. It’s really quite an honor, and we had a lot of support both from the Chinese government and Chuan, being the director, was very helpful in terms of helping us navigate that. It’s kind of fascinating when you look at it, because there’s so many remote areas, and the coordination of that, of coming from Beijing and Bristol and Los Angeles, is a large part of what I have to do. ITM: You mentioned building a narrative in DisneyNature films? How do you strike the proper balance in that process without the movie feeling fabricated?

Conli: Essentially, the animals are the ones who give us their stories. And stories change within the structure of production. We make many, many trips. In this particular sense, we cover about a year and a half of time. Initially, for instance, the TaoTao story was going to be about the mother and the daughter, his little sister. But as our cinematographer Paul Stewart was filming it, [he] noticed TaoTao, and he noticed this little monkey who was being kind of pushed out of his family, while his sister kind of took over. Who doesn’t know some little kid [whose] nose has been bent because of a younger sibling coming into the family? And this became a great counterpoint story for us, so literally we shifted mid-term.

These stories come to us over a series of months. We get rushes and journals, so the stories evolve from what’s actually happening on the field. One of the things that we really try hard to do, because these are narrative in large part, we really try to be careful not to get too anthropomorphic. But it’s often hard because you see behaviors in the animals that are very logically anthropomorphized. TaoTao, for instance, and his little sister. Everybody knows someone who’s had that experience. A mother, with [pandas] YaYa and MeiMei, it’s hard not to know of a mother who’s been a little overprotective and afraid for their kid to go off. And then the struggles of daily life with [snow leopard] Dawa, it ties all of the animal kingdom in with our lives, which I think is kind of poetic and beautiful. ITM: I was struck by the honesty of dealing with death in this movie, but then I realized that so many of Disney’s animated films even deal with death and it’s repercussions among family members. Can you talk about why that realism was important to the film?

Conli: Well, as these are true life adventures, I think it’s really important that we speak truthfully about issues like that. I remember when this came up and we were talking about the fact that one aspect of this story is very difficult. But then I looked at “Big Hero 6” and I thought, “We tackled it in ‘Big Hero 6’. We tackled it in ‘Bambi’. We tackled it in ‘Lion King’.” This is part of what life is.

I think we understimate kids, in large part. People want to protect them from something, that they don’t tend to protect them [from] after 8:00 at night on television. What these kids see on television is so much more traumatic and so much more bizarre. This [movie] is really talking about something that is so part of everyday life, and I love the idea of not speaking down to kids, and telling the truth. And I think they accept it. Literally, I’ve seen kids watch this, and there’s no stigma to it, whatsoever. Conli: The other thing I want to say, [before the interview is over]: get your readers out to the film that first week, when it first comes out. Disney does something, and they’ve done it on every DisneyNature release that I can remember: a portion of the proceeds from that first week is going to the World Wildlife Fund, and specifically targeted toward panda and snow leopards, in terms of the protection of those populations. We always say that DisneyNature is a title that is there to educate, that is there to inspire, and then that is there to entertain. And in this particular case, it’s also there to serve.

The work that [DisneyNature has] done over the last ten years has helped protect 130,000 acres of chimpanzee reserve, create 65,000 acres of plainland for cats in Kenya, 400,000 acres protected in the U.S. National Park system, a 40,000 acre marine reserve in the Bahamas, protection of endangered monkeys in Cambodia, Sri Lanka, and Indonesia, three million trees planted in the Amazon, in Brazil. This work is really, really important and it’s, I think, one of the greatest things that DisneyNature provides. And the World Wildlife Fund, in this particular instance, is going to be the beneficiary of that. And it’s going to help protect those populations for generations. DisneyNature’s “Born in China” will be released into American theaters on Friday, April 21st.