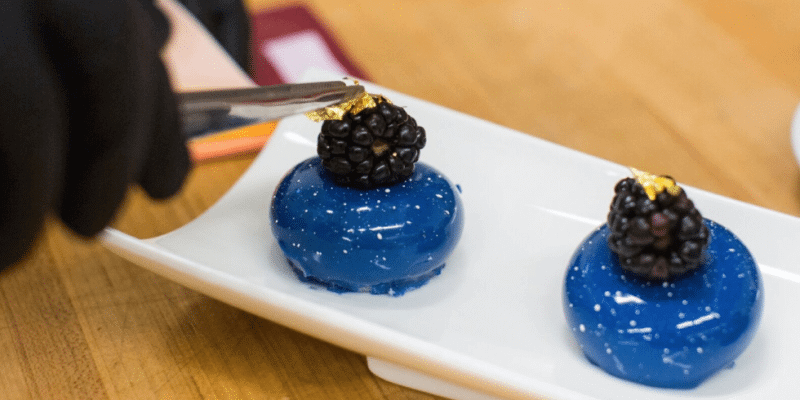 The latest inside look at this “top secret” area that’s off-limits to the public comes from Delish, offering us more insight into the creation of food and drinks for the upcoming Disney’s Animal Kingdom expansion, Pandora – The World of Avatar.

“What would the Na’vi eat for dessert?” By Na’vi, [Disney’s executive pastry Stefan] Riemer means those lithe, fluorescent-blue aliens from Avatar, the movie James Cameron committed to so wholeheartedly he announced he wouldn’t create any other films for the rest of his career. It’s also the franchise Disney backed so wholeheartedly it designed an entire section of its Animal Kingdom theme park around them. As Pandora — named after the mythical world in the movie — sets to open this summer, Riemer’s been tasked to create otherworldly desserts that bridge the gap between fantasy and, well, something the average person actually wants to eat. Oh, and the food should have some connection to conservation, because that’s a huge part of Avatar’s storyline, and if you’re going to learn anything about Disney World, it’s that everything — everything — follows a story.

“The characters are so tall and lean; what would they eat to stay like that? What would be a dessert for them? Maybe berries,” Riemer explained. “The colors are so vibrant there, so I’ve been thinking a lot about the color blue. It’s something you typically avoid with desserts, but blue is intriguing. That’s my goal: To intrigue people — to get them to slow down and take notice — then elevate the flavors they’re used to.”

Take a peek inside the Flavor Lab in the video below and read more about their culinary concoctions on Delish.