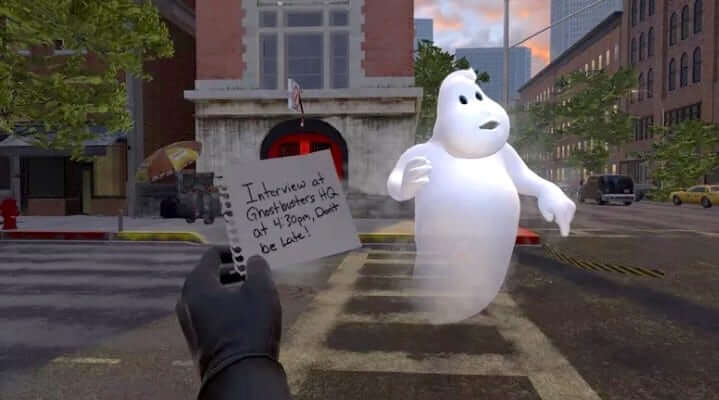 The “Ghostbusters” franchise is a natural fit for virtual reality, as the ghost-hunting gang’s gear already resembles the somewhat clunky tech required for VR.

‘Ghostbusters VR: Now Hiring‘ is the name of the brief experience built by CreateVR with assistance from “Ghostbusters” producer and director Ivan Reitman. It puts you as a new recruit to the team, letting you step inside the iconic firehouse, don a proton pack, explore the Ecto-1, check out the Ghost Containment Unit in the basement, and even come face-to-face with Slimer.

This 10-minute VR experience is the first chapter in a series to come – an easy buy at just $6.99. The new game requires a PlayStation 4, PS VR headset, and PS Move controllers.