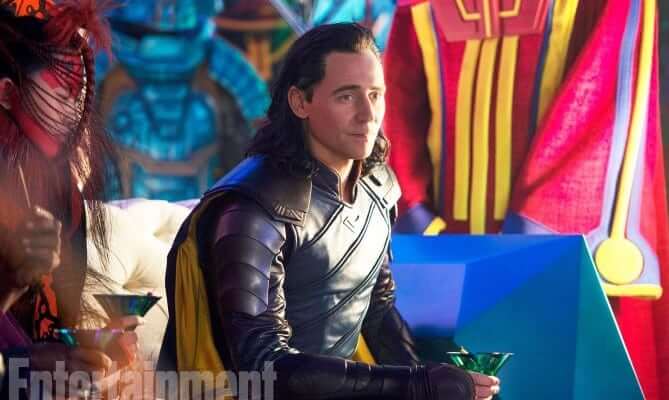 Entertainment Weekly has revealed a first look at familiar superheroes, villains, and new faces that will appear in Marvel’s upcoming “Thor: Ragnarok” film.

Tom Hiddleston returns as Loki and Chris Hemsworth as a now short-haired Thor, with the additions of Jeff Goldblum as Grandmaster and Cate Blanchett as the villain, Hela. They all come together in a harrowing storyline in which Thor attempts to restore order to his home after his brother’s lax governing leads to trouble but eventually finds himself performing as a gladiator on a ruthless planet and teaming up with the Hulk (a fellow gladiator) for what is being described as a “road trip” portion of the film.

His evil brother, Loki (Tom Hiddleston), has been impersonating their missing father, Odin (Anthony Hopkins). Loki’s rather lax governing leads to the reemergence of an imprisoned Hela (Cate Blanchett). Thor’s initial encounter with Hela gets him blasted to Sakaar, a barbaric planet ruled by the charming but nefarious Grandmaster (Jeff Goldblum). Valkyrie (Tessa Thompson), a tough, hard-drinking warrior hiding out on Sakaar brings the god to the Grandmaster….Thor is then forced into becoming a gladiator, which leads to his haircut and the loss of his trusty hammer….Once Thor and Hulk unite, Ragnarok becomes a sort of road-trip film….

So it sounds like “Thor: Ranarok” covers a lot of ground and keeps things moving at a quick and exciting pace.