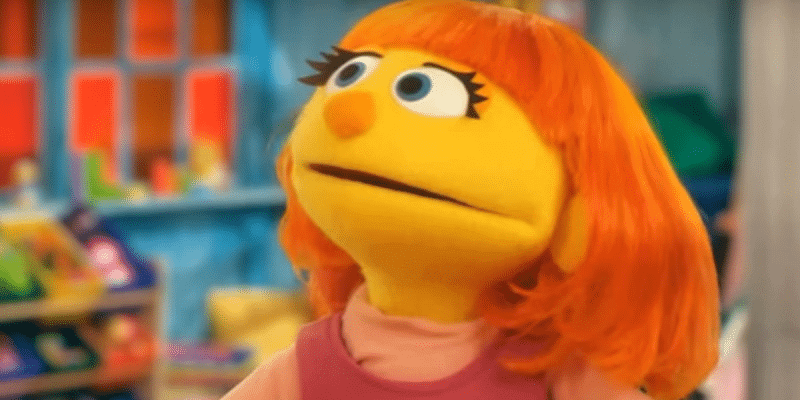 The long-running television series, “Sesame Street,” will be bringing a new Muppet onboard next month. It will represent the show’s very first autistic character, Julia.

With the introduction of Julia to the cast, Sesame Street Workshop is continuing on a path that they began some time ago with their five-year research project called “See Amazing in All Children.” It is the company’s effort to address autism, a widespread neurological condition that is now affecting approximately one out of every sixty-eight children.

While Julia will be new to the television series, she is not entirely new to the Sesame Street brand. Last year she was introduced as a part of their digital content, but it has been decided that her time to move to the actual television show has come.

Bringing Julia to life as a Sesame Street Muppet is the centerpiece of all of our new materials to support families of children with autism. The response from the autism community to “See Amazing in All Children” has been extraordinary, and we are committed to continuing our efforts to promote understanding and acceptance of autism, as part of our mission of helping all children grow smarter, stronger, and kinder.

It is a noble effort as it has become increasingly critical to educate not only adults but children about this condition due to its vast reach.