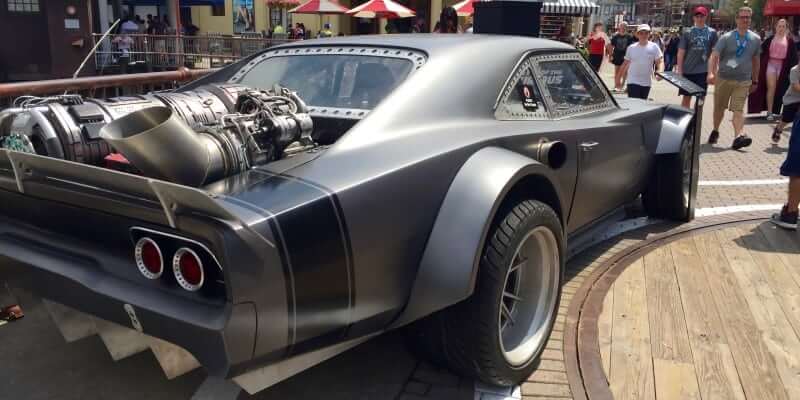 Yesterday, the cars of “The Fast and the Furious” saga rolled into Universal Orlando.

Three of the cars from the 8th installment of the series are set in front of the now closed Disaster! attraction–the location where the Fast & Furious: Supercharged attraction will eventually open.

Guests have until April to get up-close and personal with the stunt vehicles, snapping photos and even reading a bit of info about each of the cars. Roman’s 2004 Bentley GT is also a nice piece of equipment for the road. And Lefty’s Rally Fight looks like it is about to go aerodynamic propped up as it is. For those that are “supercharged” for the upcoming film and also happen to be an Annual Passholder, you’ll want to check out the Universal Orlando Annual Passholder Facebook group for information about registering for a pre-screening of “The Fate of the Furious.” Comments Off on “The Fast and the Furious” cars roll into Universal Orlando, on display outside upcoming ride