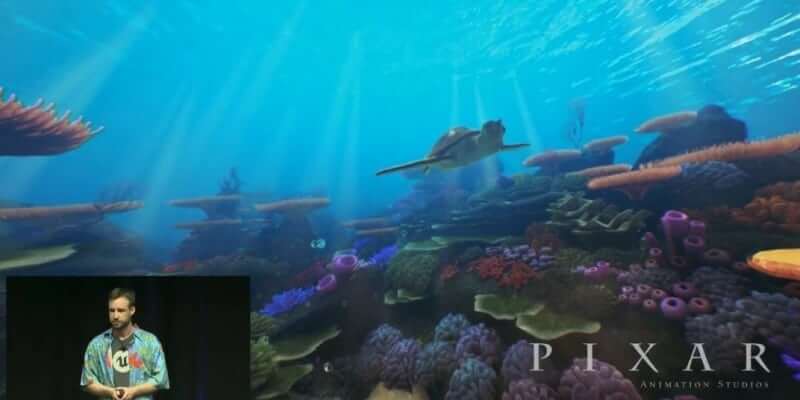 At the Game Developers Conference (GDC 2017) today, Epic Games wowed the crowd by revealing technology utilized by Lucasfilm and Pixar.

Scenes featuring K-2S0 in “Rogue One: A Star Wars Story” were revealed at the conference to have been shot using Epic’s Unreal Engine 4 engine, allowing filmmakers to see in realtime what the droid would look like as a photorealistic product while actor Alan Tudyk performed on set.

In the same presentation, Epic also announced an ongoing collaboration with Pixar to support their Universal Scene Description (USD) format in Unreal Engine. This file format used at Pixar includes all of their scene and animation details, which when imported into Unreal offer a, well, unreal realtime experience. It introduces capabilities of showcasing Pixar movies in new ways, such as via virtual reality.