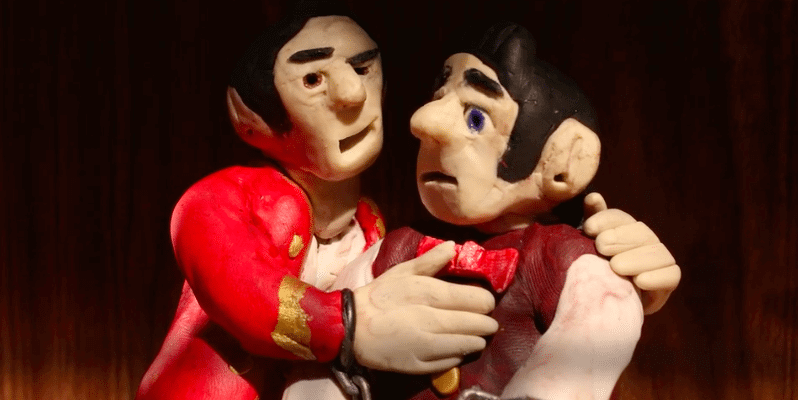 Before “Beauty and the Beast” hit theaters, Disney previewed the film for a group of children. The group, Young Storytellers, were tasked with writing scripts that were inspired by the movie and its characters.

One 12-year-old from the group came up with a rather amusing origin story for Gaston and Le Fou’s friendship that was then turned into a stop-motion short.

“Le Fouston” as the short is called was written by tween Robert Nelson, but Nelson was not the only kid to have his script realized. A number of children from Young Storytellers were selected and paired with directors of the Tongal creative network who then turned a number of the pieces into action live-action or animated works.

The Young Storytellers were treated to a screening of their works upon completion, but the real surprise came when Josh Gad and Luke Evans showed up via video with a greeting for the creative group. Bon jour, indeed!

Comments Off on VIDEO: Disney tasks kids to create “Beauty and the Beast” short giving LeFou and Gaston an origin story