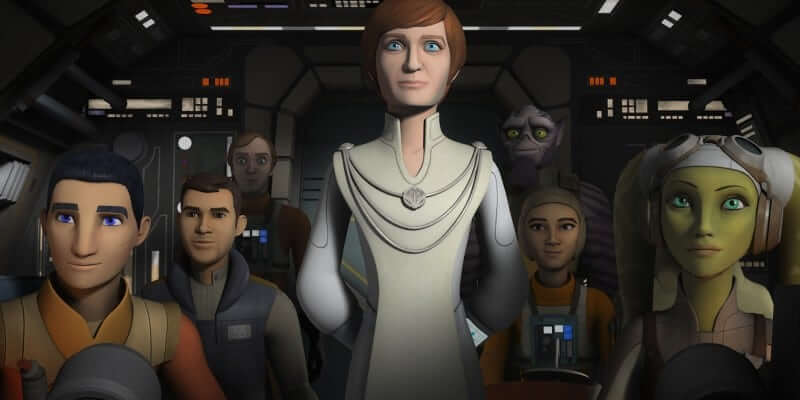 Senator (later chancellor of the New Republic) and Rebel Alliance leader Mon Mothma made her Star Wars screen debut in 1983’s “Return of the Jedi”. She later appeared in the “Star Wars: Clone Wars” Cartoon Network series and then in 2016’s “Rogue One: A Star Wars Story”.

Now Mon Mothma is set to appear in her first episode of the popular Disney XD show “Star Wars Rebels”. The episode is entitled “Secret Cargo” and today Disney XD released the preview clip seen below.

Actress Genevieve O’Reilly (who portrayed Mon Mothma in “Rogue One” as well as in a deleted scene from “Star Wars Episode III: Revenge of the Sith”) will reprise her role for the episode. “Secret Cargo” will air this Saturday, March 4th, as part of the third season of “Star Wars Rebels” on Disney XD. Comments Off on VIDEO: Mon Mothma is back in a preview of the next “Star Wars Rebels”