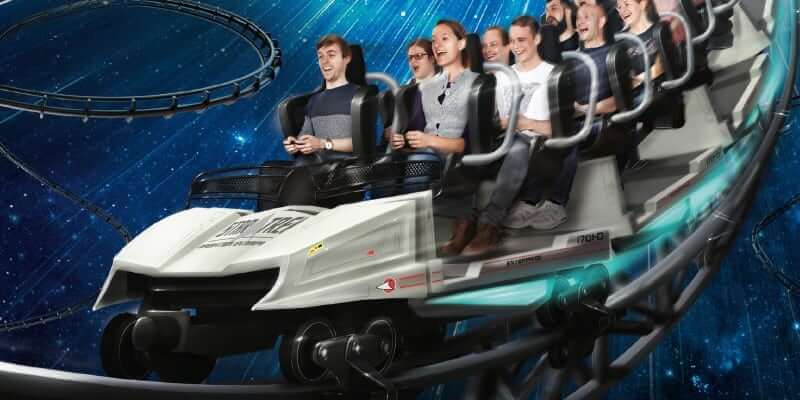 The Borg have taken over the “Enterprise”, her crew is missing, presumed captured.  Their rescue depends on the fresh batch of cadets who will need to punch through the shields defending the Borg Cube and disable the vessel.  “Operation Enterprise,” a new TRIPLE launch roller coaster beams down to Movie Park this spring.

Set in “Next Generation” timeline, this thrilling adventure will part of the all-new “Federation Plaza.”  Visitors will have the opportunity to attend Starfleet Academy and become cadets (just in time to mount the rescue mission aboard “Operation Enterprise”).    The new twisted halfpipe coaster rockets to a fascinating forty meters (131 feet) making it the only one of its kind in Europe.