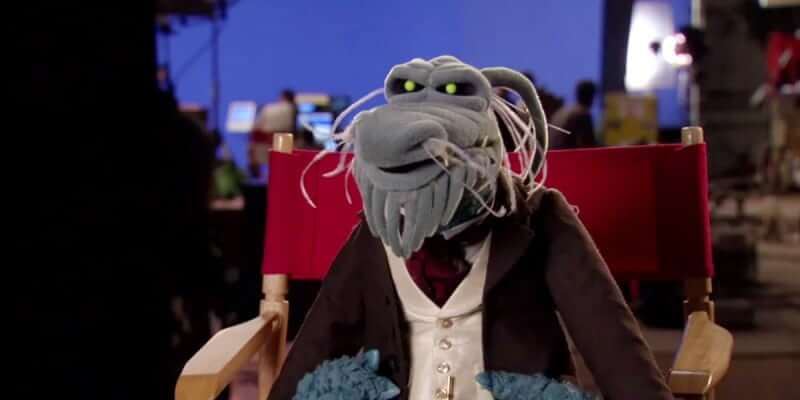 Fans of the original 1970s version of “The Muppet Show” know the Uncle Deadly character as The Phantom of the Muppet Show, a menacing figure who revealed that he was once a performer at the Muppet Theater until a fateful day when he was killed… by critics.

Much later on, Deadly was revived as a villain-turned-hero in 2011’s “The Muppets” starring Jason Segel, and then became Miss Piggy’s right-hand gargoyle on the 2015 ABC television series of the same name. Now Uncle Deadly will return in a starring role in the first of a new series of children’s books aimed at introducing classic stories to the younger set. “The Muppets Meet the Classics: The Phantom of the Opera” is due out this october, and Amazon has this synopsis available:

This classic tale of love, intrigue, and jealousy at the Paris Opera House, which has thrilled readers, musical lovers, and movie goers for more than a century, has now been reimagined with the cast of the Muppets. Readers will gasp, cry, laugh, and laugh again as Kermit (as Raoul), Miss Piggy (as Christine), Uncle Deadly (as the phantom), and the chickens (as the ballet corps) give a whole new meaning to the word “classic.

“The Muppets Meet the Classics: The Phantom of the Opera” will become available from retailers on Tuesday, October 17th.

WATCH GREAT MOMENTS IN HISTORY WITH THE MUPPETS: