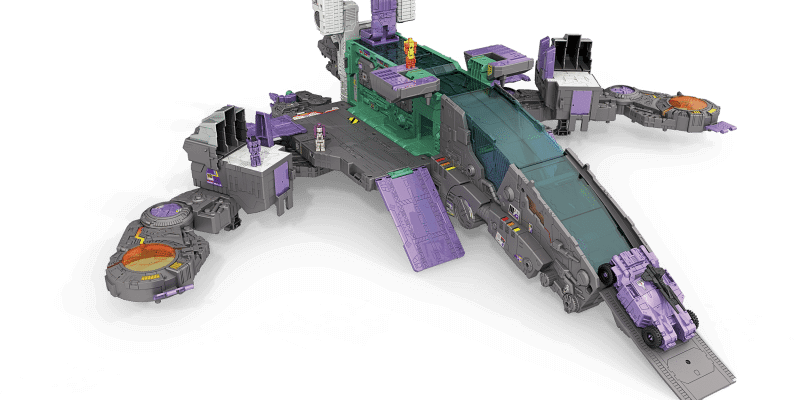 Some more news out of Toy Fair 2017 in New York breaking today from Hasbro, and this time it’s from one of the company’s most popular lines of all time– Transformers! And here’s a photo of Trypticon on display in Hasbro’s booth on the Toy Fair exhibit hall floor: Trypticon made his debut back in the original “Generation 1” Transformers cartoon and toy line, but this version (available this fall) will be much larger– in fact, Hasbro claims it is among their biggest toys of 2017.