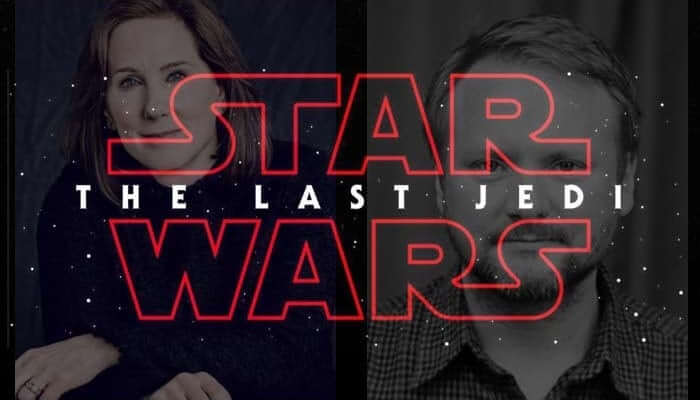 Star Wars Celebration 2017 is just two months away! And this year’s Orlando-hosted event just made things even more interesting by announcing that “Star Wars: The Last Jedi” director Rian Johnson (“Brick”, “Looper”) will be joining Lucasfilm president and “The Last Jedi” producer Kathleen Kennedy on stage for a panel about the highly-anticipated “Episode VIII”. Celebration has also revealed that the “Last Jedi” panel, to be held Friday, April 14th on the main stage at the convention, will include a lineup of surprise special guests — more than likely including cast members from the movie, which is due out this December.

This panel will be the one to attend during 2017’s Star Wars Celebration, as it will likely contain a number of big reveals about the next installment in the ongoing Star Wars saga. Will we finally get a trailer for “The Last Jedi”? Be there in Orlando’s Orange County Convention Center of April 14th to find out!

Johnson and Kennedy will join the already-announced Felicity Jones, Ian McDiarmid, and Jeremy Bulloch as celebrity guests at the premiere Star Wars fan event of the year, with more names sure to be unveiled soon.

Be sure to visit Star Wars Celebration’s official website for more information and advance ticketing resources.