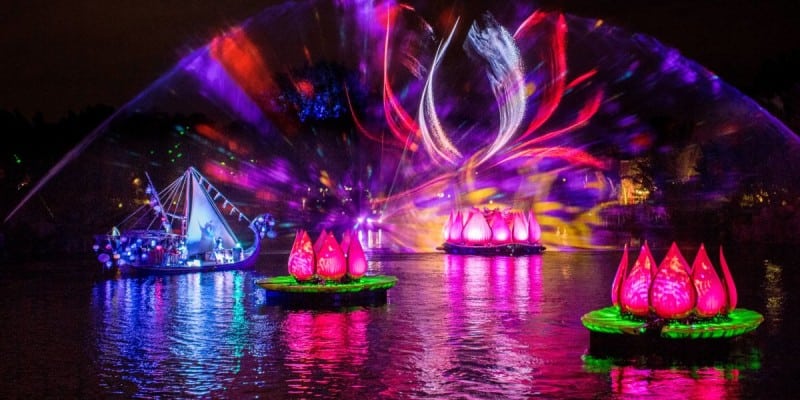 After nearly a years of delays, Walt Disney World’s new nighttime show “Rivers of Light” has officially made its grand debut this evening at Disney’s Animal Kingdom.

The new lagoon show is a combination of live performance, floating sets, projections, fountains, music, and color and fits seamlessly into the bigger picture of the park’s mission to add nighttime entertainment.

WATCH THE HIGHLIGHTS OF “RIVERS OF LIGHT”:

Look for our review of this addition to Disney’s Animal Kingdom next week on Inside the Magic.