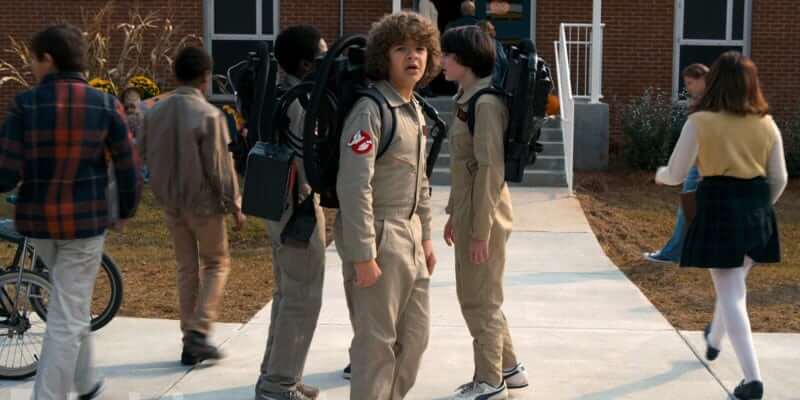 Look, I was a kid in the 80s. And I loved the heck out of “Ghostbusters”. I had all the toys, the proton pack, and at some point I know I dressed up in a crummy store-bought Ghostbuster costume for Halloween.  And none of those things looked anything like the sweet– presumably homemade– cosplay the kids from “Stranger Things” are pulling off in the first image from season two of the Netflix series, released today by Entertainment Weekly.

“Stranger Things” will debut an all-new teaser ad during this year’s Super Bowl LI, this Sunday, February 5th on FOX. The second season of the hit series will premiere sometime later this year on Netflix.