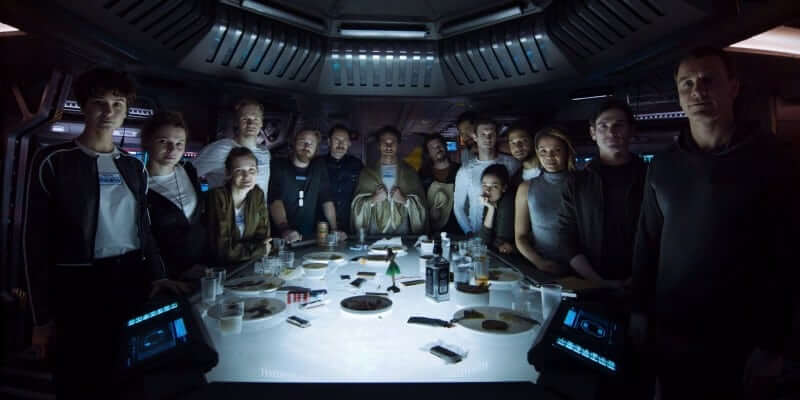 The 2012 prequel “Prometheus” is something of a divisive topic among fans of the “Alien” franchise. Despite the fact that the movie brought back the original film’s director Ridley Scott, many felt it was a bit too convoluted and wound up raising more questions than it answered about the series’ complex mythology.

But like it or loathe it, “Prometheus” is getting a sequel entitled “Alien: Covenant”, and production has already wrapped. Today the film’s official Twitter feed sent out the first cast photo from the set. Check it out:

“Alien: Covenant” is scheduled to be released into theaters on May 17th of this year from 20th Century FOX.