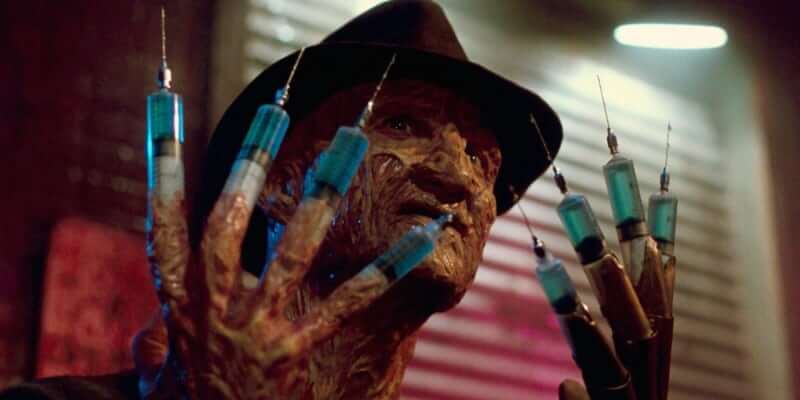 It helped define the slasher genre of the 80’s, and for that reason, “Nightmare on Elm Street” and its iconic monster, Freddy Krueger, will always be referenced in horror history. However, a 2017 documentary plans to do more than just reference them. In fact, the upcoming film makes the horror movie and its star the focus of its concept.

The cosmetic-centric narrative, “Nightmares in the Makeup Chair,” will star Robert Englund. Englund is the actor who played Krueger, and in the film’s footage, he details stories about his time on Elm Street while he is transformed back into his villainous character by Robert Kurtzman, a well-renown makeup effects artist. Englund will also be shown meeting fans and being interviewed as Freddy by horror host Svengoolie.

Director Mike Kerz shared some of the inspiration behind the movie:

I was inspired by the vintage photos of the legendary artist Jack Pierce applying the Frankenstein makeup to Boris Karloff. Sadly, those sessions were never documented on film. That is why we created our documentary — fans will see two modern horror legends at work. Robert Englund is fascinating as he shares insightful stories about the Elm Street films and Freddy with the audience. And it is amazing to watch Robert Kurtzman apply the various stages of makeup to transform Robert Englund into Freddy Krueger.

“Nightmares in the Makeup Chair” doesn’t have an official release date as of yet, but it is promised to have some theatrical engagements and a film festival screening later this year.