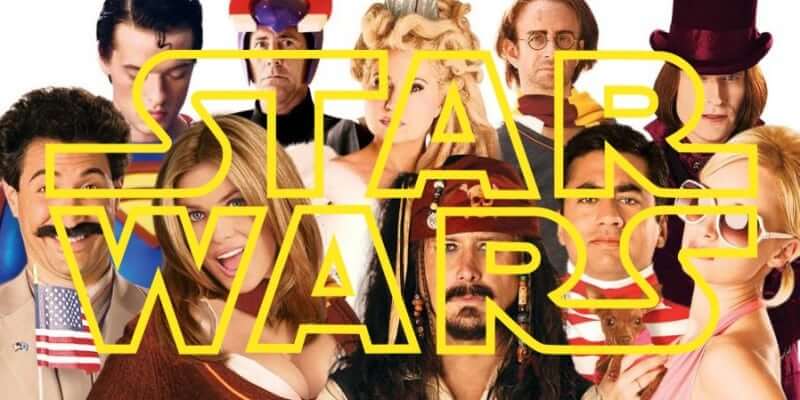 The craft of parody has had a long, rich tradition of lampooning literature, music, and film, with dozens of notable artists whose work frequently stands up to or even supersedes the quality of the original material they’re poking fun at. Jason Friedberg and Aaron Seltzer are not among them.

The duo, who first came into prominence as writers on the “Scary Movie” franchise, went on to create such lowest-common-denominator spoofs as “Epic Movie”, “Disaster Movie”, “Meet the Spartans”, and “The Starving Games”. And now they’re taking Star Wars into their unfathomably lazy sights.

The collaborative pair will take on Lucafilm’s ongoing space opera with a new parody movie entitled “Star Worlds Episode XXXIVE=MC2: The Force Awakens The Last Jedi Who Went Rogue”. So, you know, you can expect to see a bunch of obvious jokes your friends already made on Twitter. But your friends were funnier.

“Star Worlds” is scheduled to go into production this fall, with Friedberg and Seltzer as co-writers and directors, according to an exclusive story in The Hollywood Reporter. Don’t say we didn’t warn you.

Comments Off on New “Star Wars” spoof on the way from creators of “Epic Movie”, “Disaster Movie”