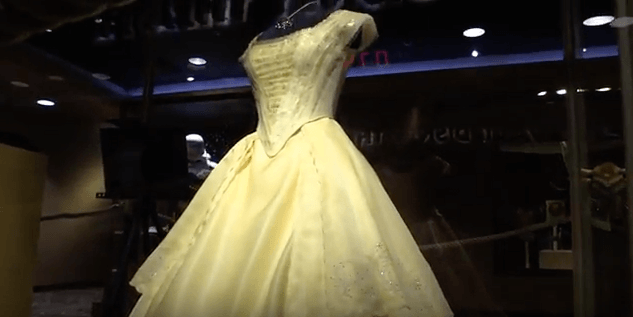 Walt Disney World recently unveiled a new exhibit in the One Man’s Dream attraction of Disney’s Hollywood Studios showcasing props and costumes from the upcoming live-action “Beauty and the Beast” film.

Belle’s beautiful yellow dress is the centerpiece, accompanied by a rather familiar rose under glass. Take a closer look below. Out in California, a similar exhibit has also been unveiled with different props and costumes: