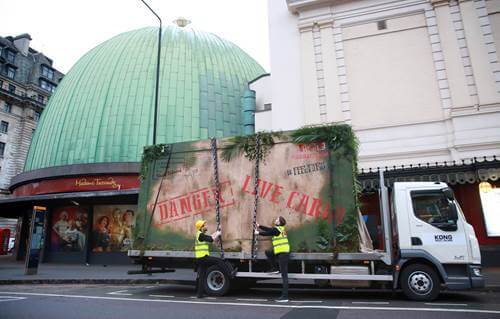 For those who can’t make it to Universal Orlando to check out the impressively lifelike King Kong animatronic that’s featured in its Skull Island: Reign of Kong ride, perhaps a trip to Madame Tussauds ought to be in your future.

Today, Madame Tussauds London received a “monstrous delivery”: an eighteen-foot animatronic head of the gigantic ape that they promise “will wow and terrify visitors.”

Then it will be time to come face-to-face with Kong himself: “breathing, blinking, snarling and roaring.” The animatronic will feature “state of the art pneumatic controls” offering “life like facial movements, grunts, snorts and roars.”

The experience will be unveiled at Madame Tussauds London in March 2017.