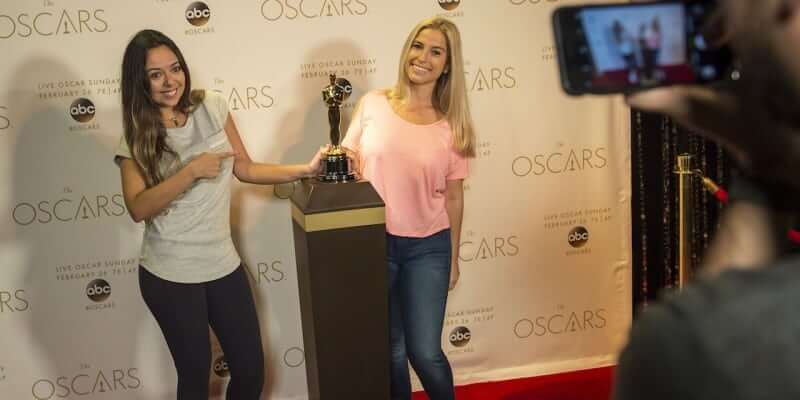 Hollywood’s biggest night of the year is coming up this weekend, and Walt Disney World is offering the perfect way for fans to feel like they’re part of the celebration.

From now through Sunday, guests at Disney’s Hollywood Studios can have their photo taken with an Academy Award (also known as an Oscar) statue inside the Walt Disney: One Man’s Dream attraction during regular park hours. As announced on the Disney Parks Blog, the photo opportunity will allow you to “take a moment to be like your favorite stars as you walk the red carpet and accept your award. Just make sure you finish your speech before the ‘wrap-up’ music starts!”