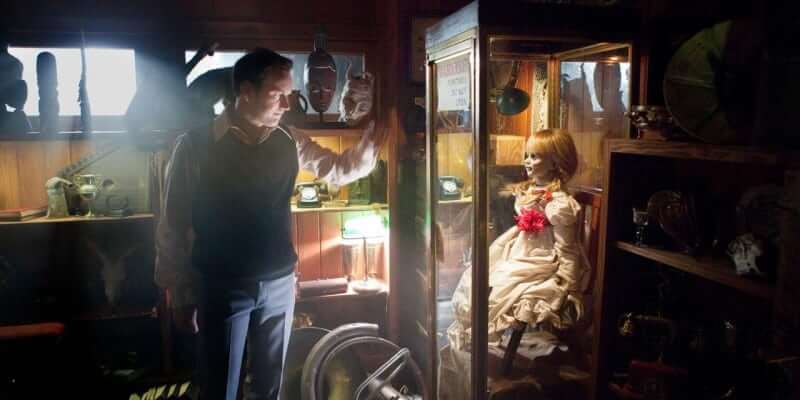 Thanks to “The Conjuring” series of movies (and its spinoff “Annabelle”), the real-life Annabelle doll has become one of the most famous “haunted” artifacts in America. And now its caretakers are preparing to relocate the doll in front of a live audience.

ITM got up close with the movie’s Annabelle a few years ago in person, but the real Annabelle resides in the Warren Occult Museum in Monroe, Connecticut. And whether you’re a skeptic like me or a tried-and-true believer in the supernatural, you have to admit the idea of a haunted doll is at the very least a little creepy.

Today the directors of the museum Dan Rivera and Tony Spera will be moving Annabelle into a new case, presumably for the first time since ghost hunter Ed Warren (played by Patrick Wilson in “The Conjuring”) gave the doll a permanent home back in the 1970s.

Of course, as you can see in the image above, the real-life Annabelle isn’t nearly as scary-looking as the Hollywood version. In fact it just kind of looks like Raggedy Ann. I hope writing that doesn’t put some kind of curse on me.

Either way, tune in tonight to see what happens.