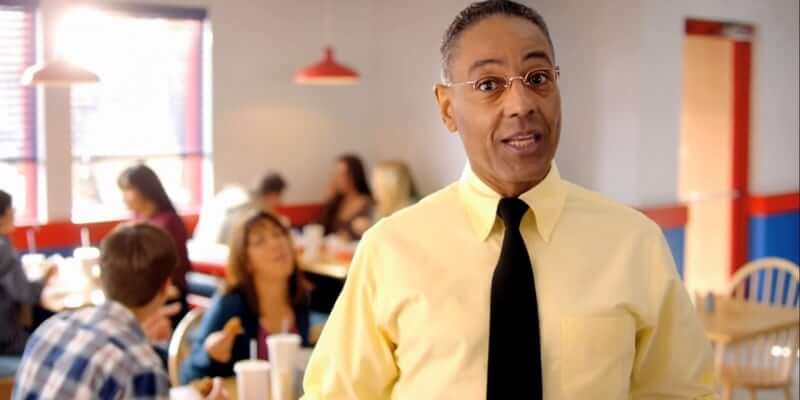 Everyone knows exactly where to go for the tastiest fried chicken (or highest-quality crystal methamphetamine) in Albuquerque, New Mexico: Los Pollos Hermanos, of course! Founded by the brilliantly villainous Gustavo Fring (played by captivating actor Giancarlo Esposito in the widely-acclaimed AMC drama “Breaking Bad”), the fast food restaurant was a clever front for one of the largest illegal drug distributors in the American southwest.

And now it looks like both Los Pollos Hermanos and Gus Fring himself are back in the upcoming third season of the “Breaking Bad” spinoff “Better Call Saul”. A new viral ad appeared today on the fictional food chain’s official YouTube account.

While Fring was indeed (SPOILER ALERT) rather explosively killed off in the fourth season finale of “Breaking Bad” by the usurper meth kingpin Walter White, “Better Call Saul” takes place a number of years before the events in that original series, so it makes perfect sense that Gus would be alive and interacting with characters like sleazeball lawyer Saul Goodman (previously known as Jimmy McGill) and muscle-for-hire Mike Ehrmantraut.

An official air date for “Better Call Saul” season three has not yet been announced, but in all likelihood it will premiere sometime within the next couple months on AMC.

Comments Off on VIDEO: “Breaking Bad” villain Gus Fring is back in new viral ad for spinoff “Better Call Saul”