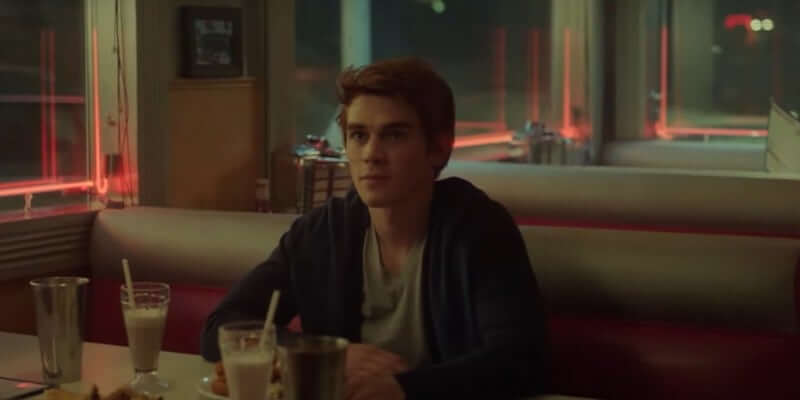 Ever since way back in 1941 (over 75 years ago!), the goofy-but-loveable teenagers Archie Andrews, Jughead Jones, Betty Cooper, and Veronica Lodge have experienced all sorts of hijinks in the suburban town of Riverdale via the pages of Archie Comics.

Now television network The CW is bringing the gang to the small screen with a delightfully dark twist in the new series “Riverdale”, which looks to merge the familiar characters of Archie comics with a bleak small-town murder-mystery vibe reminiscent of cult TV shows like “Twin Peaks” and “Bates Motel”.

I read some Archie Comics as a kid, but my interested in them have long since evaporated and I’ve never seen a single CW teen drama. And yet I find myself oddly drawn to such an unusually dark and outside-the-box take on this well-trod franchise. Color me curious.

Comments Off on VIDEO: Archie Comics meet “Twin Peaks” in new teaser for the CW’s “Riverdale”