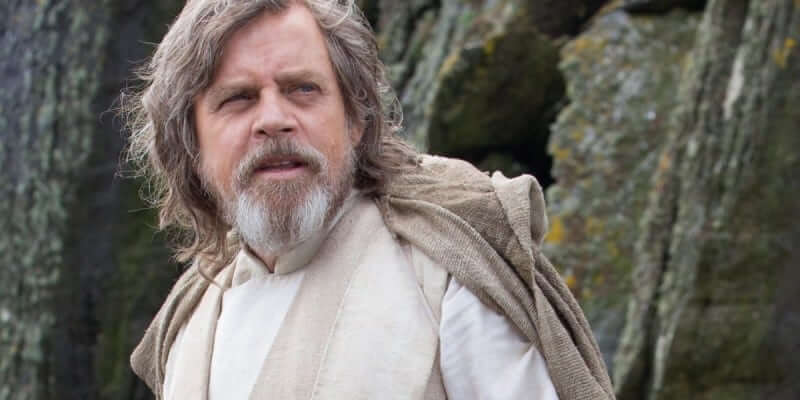 Happy New Year! As we pick up the pieces of 2016 and round the corner into a fresh beginning, I thought it would be a good time to take a look ahead at a selection of what 2017 has to offer, pop-culture-wise. Now, bear in mind this is my own very personal list of ten things I am anticipating, so chances are they won’t line up exactly with what everyone else in our audience is looking forward to. But rest assured, there’s plenty more coming down the pike from our friends at Disney and other studios/networks well beyond what I’ve corralled here.

With that in mind, let’s get started, shall we?

Far and away my favorite current animated sitcom, “Rick and Morty” has nicely filled in the sci-fi comedy slot vacated by “Futurama” ever since (almost immediately after) that show was cancelled in 2013. Unfortunately, a somewhat larger episode order for the third season, partnered with the time-consuming work of animating the series, has meant a very long break between new episodes– we’re creeping up on that year-and-a-half gap promised by Mr. Poopybutthole at the end of last season’s finale. We can only hope creators Justin Roiland and Dan Harmon, along with their talented staff, can make the deadline.

One of the most beloved long-running video game series of all time, and undeniably the IP that popularized the genre of survival horror, “Resident Evil” is back for its seventh iteration– if you don’t count the many offshoots and remakes the franchise has generated through the two decades since its 1996 debut. While the previous entry in the main series was something of a disappointment, deviating from the traditional form of gameplay fans had come to know and love, “Biohazard” promises a glorious return to form, even incorporating the Japanese title from the original. I can’t wait.

Who knew when AMC ordered a prequel spinoff of “Breaking Bad”, one of the most highly-regarded dramas in television history, that creator Peter Gould and mastermind Vince Gilligan would conjure up a tragicomic backstory for sleazy Albuquerque lawyer Saul Goodman that somehow rivals Walter White’s rise and fall in both scope and emotional investment? It turns out that Saul (née Jimmy McGill– played deftly once again by Bob Odenkirk) had a competitive relationship with his psychosomatic shut-in brother (Michael McKean) that drove him into his life of scheming and con-artistry. It’s captivating stuff.

Here’s another TV show that has so far turned out far better than anyone expected: “Fargo”, inspired by (and set in the same universe as) the 1996 Coen Brothers crime thriller masterpiece. The first season took place a decade after the film, the second flashed all the way back to the 1970s, and it’s been confirmed that season three — featuring none other than Ewan McGregor — will be set in 2010. An all-star cast and absolutely stellar creative guidance from showrunner Noah Hawley have shaped this anthology series into a more-than-worthy follow-up to the beloved movie.

Shablagoo! The highly-anticipated sequel to the acclaimed 2014 video game “South Park: The Stick of Truth” is still on its way, despite a delay of thus-far indeterminate length. Honestly, it’s nice to know that the developers at Ubisoft, in collaboration with “South Park” creators Trey Parker and Matt Stone cared enough about the quality of the game to postpone its release date (originally scheduled in time for the 2016 holiday season) in order to ensure a top-notch experience for fans. Let’s cross our fingers they’re able to work the bugs out of this superhero-themed adventure so we can enjoy the wonderfully vulgar escapades of Coon and Friends this spring!

I know a lot of people felt burned by the final season of “Lost”, and in all sincerity I have to admit I was one of them. That’s a big reason why I was hesitant to get into writer Damon Lindelof’s follow-up series on HBO, “The Leftovers”. But once I settled in and allowed myself to consume the show for what it was, I ended up enjoying it quite a bit. Then the second season came along and completely blew me away. Freed from the restraints of author Tom Perrotta’s source material, the endlessly morose but ultimately hopeful journey of the Garvey family, through a world where two percent of the global population suddenly vanished, found its thoroughly unnerving and moving voice.

What’s left to say about “The Legend of Zelda”? It’s the cornerstone on which so many of our video-gaming childhoods were built. And just about every few years new sequels have hit the market, bringing with them delightfully lush open worlds to explore and creepy dungeons to uncover. The upcoming entry, “Breath of the Wild”, is set to debut on both the Wii U and Nintendo’s newest system, the Switch. I never got around to purchasing a Wii U (I was waiting for the must-have game from either the “Zelda” or “Metroid” series) so it looks like I’m going to feel comfortable skipping a generation of console for the first time in Nintendo’s history.

The universally-celebrated fantasy drama “Game of Thrones” has had a nice, long life on HBO, with six seasons of dragons and debauchery under its belt and now it’s time to start wrapping things up. The final thirteen episodes are being split into two abbreviated seasons between 2017 and 2018, and the action is showing all the signs of coming to a head. In the final moments of season six, the exiled heir to Westeros’s throne, Daenerys Targaryen, was at long last making her way across the Narrow Sea to confront her enemies, the Lannisters. It’s a climax many fans of the series (and readers of George R.R. Martin’s novels) have been anxiously awaiting.

It’s got nothing to do with fantasy, sci-fi, action, thrillers, or any of the kind of stuff we ordinarily cover on this website, but I’d be lying if I didn’t note that I’m always excited to see what director Paul Thomas Anderson (“Boogie Nights”, “Magnolia”) has up his sleeve next. He’s one of my absolute favorite contemporary filmmakers, and his next project has him reteaming with top-drawer actor Daniel Day Lewis after their prior collaboration on “There Will Be Blood”, which is in my opinion one of the greatest films of the past decade. It doesn’t matter what the subject matter of their next project is about; I’ll be in the theater on opening day.

WATCH “THERE WILL BE BLOOD” TRAILER:

If you’re a regular visitor to this website and you haven’t picked up on it by now, I’ll just go ahead and spell it out for you: “Star Wars” is kind of my thing. And I’ve spent the last year or so in unrestrained jubilation that the franchise was rescued from the unfathomable depths of the prequels (and thankfully, out of George Lucas’s demonstrably unreliable hands) and restored to working order by the powers that be at Lucasfilm, under the very capable leadership of Kathleen Kennedy and the company’s new owners at Disney. I really liked “The Force Awakens”, I adored “Rogue One”, and I think Rian Johnson has the potential to deliver the first Star Wars movie I have unequivocally loved since “The Empire Strikes Back”. Bring it.

So that’s my list. Obviously here at ITM we’re going to be covering plenty more than that, and some of the stuff in this piece isn’t in our wheelhouse whatsoever, but I wanted to take this opportunity to express my exuberance nonetheless.

What are you looking forward to in 2017? Let us know in the comments below, and once again, Happy New Year!