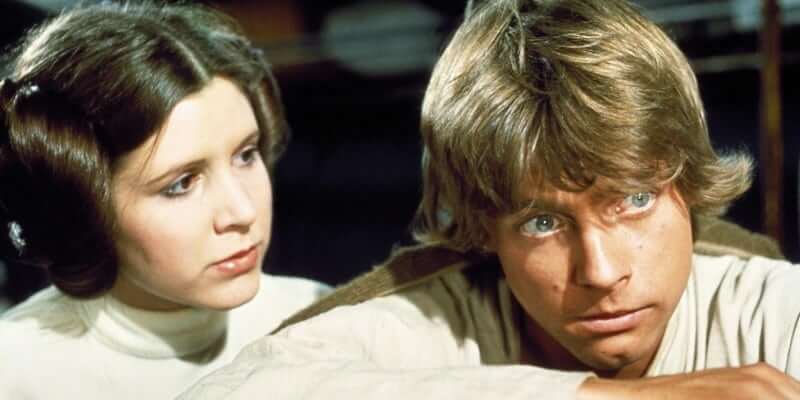 One week ago today, the world lost the thoughtful, hilarious writer and talented actress that was Carrie Fisher. Over the course of her lifetime, she wrote numerous acclaimed novels and autobiographical memoirs, but for better or worse, Star Wars fan will always know her as Princess Leia.

Today in the pages of The Hollywood Reporter, her costar in five Star Wars movies– including the upcoming “Episode VIII”– Mark Hamill (Luke Skywalker) contributed a very moving remembrance of the young teen who grew up as Hollywood royalty and evolved into a biting commentator on what it means to be a celebrity. In the 900-word tribute, Hamill describes how Fisher used her brisk humor to help him get through the often-grueling process of filming some of the most beloved movies ever made.

I remember during Empire we were split up storywise; it was a difficult film to shot and there was a lot of tension on the set. I was off in the swampland with the puppets and robots, but at least Carrie and Harrison got to work with human beings. Once at lunchtime she said, “You should try on my jumpsuit.” I said, “The one-piece white jumpsuit? You’re what, 5’2”? I’ll never get in!” She said, “Just try.” I put on that Princess Leia zipper jump suit and it was so tight I looked like a Vegas lounge singer.

He also went on to describe their sometimes tumultuous relationship, and how despite her prickly personality he remains ever thankful that they had the opportunity to be part of each other’s lives.

When you were in her good graces, you couldn’t have more fun with any person on the planet. She was able to make you feel like you were the most important thing in her life. I think that’s a really rare quality. And then you could go 180 degrees opposite, where you were furious with one another and wouldn’t speak for weeks and weeks. But that’s all part of what makes a relationship complete. It’s not all one-sided. Like I say, she was a handful. She was high maintenance. But my life would have been so much drabber and less interesting if she hadn’t been the friend that she was.

Be sure to visit The Hollywood Reporter‘s official website to read the full, very touching piece by Mark Hamill, and stay tuned to Inside the Magic for anything and everything Star Wars.