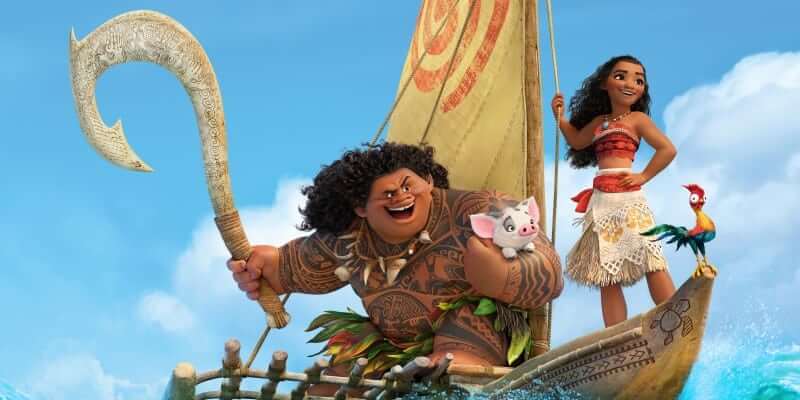 Moana fans across the country will be happy to hear that the Walt Disney Animation Studio hit will be back in theaters this January as a sing-along version.  Starting on January 27 movie theater audiences will be able to see the full feature film with on-screen lyrics making it even easier for them to sing-along to favorite songs, such as the Golden Globe®-nominated “How Far I’ll Go.” Moviegoers can check local listings for showtimes and theaters; the sing-along run will vary by location. Audiences can soon enjoy the original theatrical version of the film at home and packed with a variety of bonus extras when “Moana” arrives on Digital HD/3D and Disney Movies Anywhere (DMA) on Feb. 21, and on Blu-ray 3D, Blu-ray, Digital SD, DVD and On-Demand on March 7.

“Moana” has received, thus far, nominations for BAFTA, PGA, Golden Globe® and a Critics’ Choice Movie Award for best animated feature. The film’s uplifting soundtrack has dominated the music charts for more than six weeks, peaking at No. 1 on the iTunes Albums chart; it is currently No. 1 on Billboard’s Top Album Sales chart and No. 2 on the Billboard 200 album chart. The soundtrack is available wherever music is sold and at streaming services.

Comments Off on Disney’s “Moana” sing-along version to debut in theaters Jan. 27